The Cavum Septum Pellucidum (CSP) is conceptually considered a part of the longitudinal cerebral fissure that becomes walled off when the hemispheres that form the corpus callosum above and the fornix below unite. The Corpus callosum starts to develop by 12 weeks gestation from the lamina terminalis. This is associated with the development of the Septum Pellucida as two paired clear membranes. The space between the septa is one cavity but with two names- it is called CSP when it is anterior to the foramen of Monro and Cavum Vergae when it is posterior. The closure of the CSP begins at approximately 6 months gestational age and closure will have occurred in 97% of fetuses by term.

Several professional guidelines, reviews and societies including the American Institute of Ultrasound in Medicine, American College of Radiology and the American College of Obstetricians and Gynaecologists consider the assessment of the Cavum Septi Pellucidi (CSP) as an important part of the standard examination of fetal anatomy. An absent or CSP that is not visualized has important consequences for the fetus and pregnancy. These include several CNS conditions like Holoprosencephaly, Septo-optic dysplasia, Callosal dysgnesis and hypogenesis, chronic severe hydrocephalus, basilar encephalocoeles, schizencephaly, porencephaly/hydranencephaly and isolated septal deficiency.

We describe a case of abnormality of ventricular system of the brain focused on the diagnosis, prognosis and follow up at 2 years. The parents of this subject presented in the second trimester for a second opinion. They were advised elsewhere that the fetus had a CNS abnormality and it may be better to terminate the pregnancy.

We decided to use a TIFFA scan of the fetus as the first step to identify any abnormalities. A unilateral venticulomegaly resulting from unilateral atresia of the Foramen of Munroe was noted on the ultrasound exam. We decided to explore this finding further with the use of a confirmatory fetal MRI exam. The fetal MRI exam done using SSFSE coronal sections of MRI confirmed the presence of unilateral atresia of Foramen of Munroe with a dilated lateral ventricle and normal contralateral ventricle.  The cerebral Parenchyma, Corpus Callosum and Cerebellar Vermis were normal. 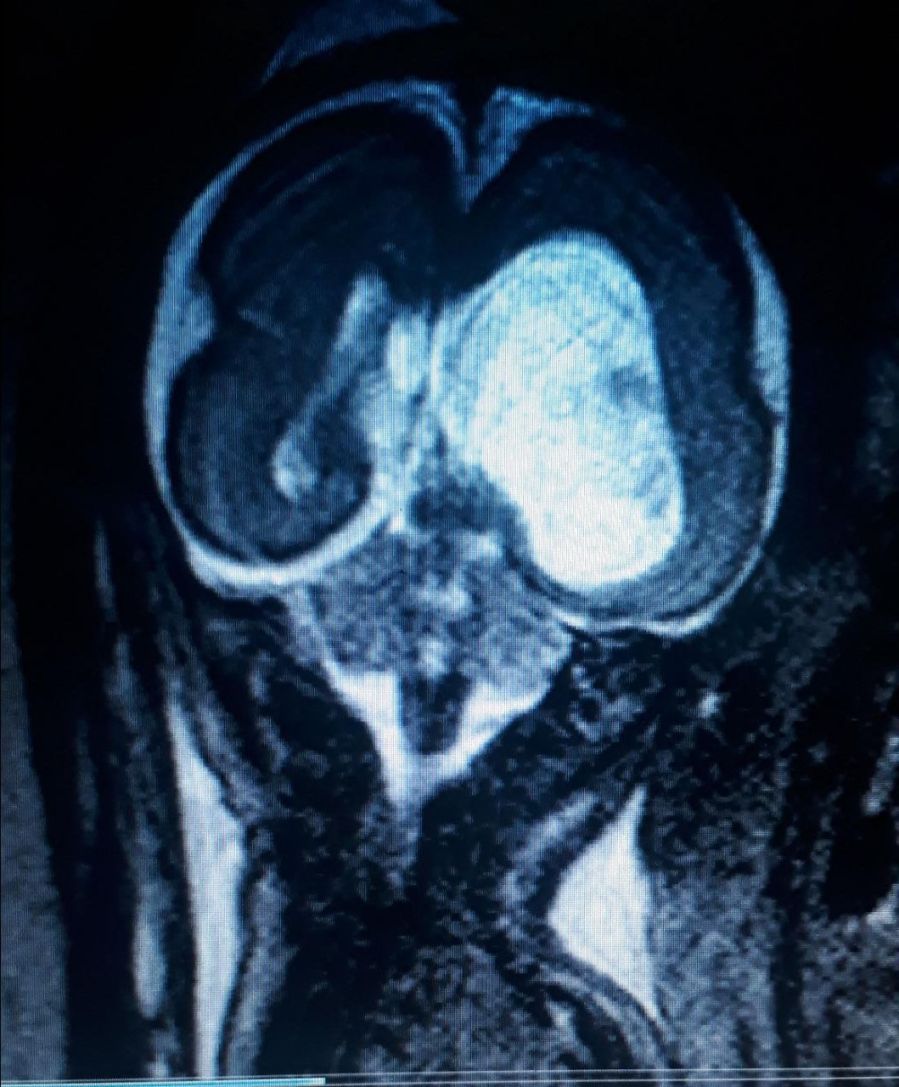 There are several important points to consider

In this particular case, a confirmatory MRI and consultation with the neurosurgeon made a prognostic difference; the difference between a termination of pregnancy and surviving 2 year old is very obvious.

The  First Journal Dedicated   to Fetal Radiology in India